Why Graphite Products Have Been Widely Used? 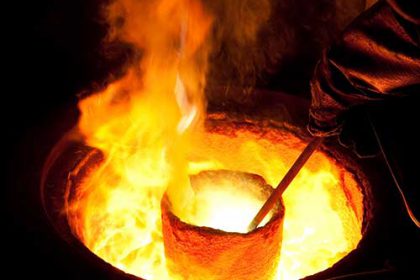 High purity graphite, graphite plate, graphite have been widely used in the industry. It is almost used in each industry. In the industry, it is mostly used artifical graphite, that is graphite products. According to molding method, it could be divided into:
1.Isostatic pressing formed graphite, that is three high graphite. But it does not mean that all three high is isostatic pressing.
2.Molded graphite
3.Extruded graphite, mostly are electrode material
Among them, it could be divided into fine structure graphite, median-coarse graphite (general particle size is 0.8mm), and graphite electrode. Lubrication: lubrication performance of graphite is determined by the graphite scales sizes. The large scales is, the lower friction coefficient is and better lubrication performance is.
4.Chemical stability: graphite has excellent chemical stability, acidproof, alkali proof and corrosion resistance to organic solvent.
5.Plasticity: graphite has good resilience.
6.Thermal shock resistance: graphite material will not be damaged when used in normal temperature, which could bear dramatic change of temperature.
Graphite took its name from Greek “graphein”, which means use for writting.
Chemical composition: pure composition is seldom. Normally with various purity.
Types: natural elements-non-metal elements-carbon family
Crystal characteristic:
Crystal system and space group: hexagonal system, P63/MMM, cell parameters: a0=0.246nm, c0=0.670nm
Typical layered structure, carbon atoms arranged in layers, each carbon is equidistant from the adjacent carbon, each layer of the carbon by six square ring, the upper and lower adjacent layer of carbon six square rings through the parallel mesh direction of each other displacement and then fold to form a layered structure, the displacement of the azimuth and distance of different causes different types of structure. The distance between the upper and lower layers of carbon atoms is much larger than the carbon in the same layer (the C-C spacing between the layers =0.142nm, the C-C spacing between layers =0.340nm)
Shape: Single crystals are often flaky or plate-shaped, but complete rarely. Aggregates are usually scales like, blocky and earthy;
Color: ironish black
Striation: light black
Luster: half metallic luster
Rigidity: 1-2

The Advantage of Graphite Electrode

What is the difference between carbon materials and graphite materials