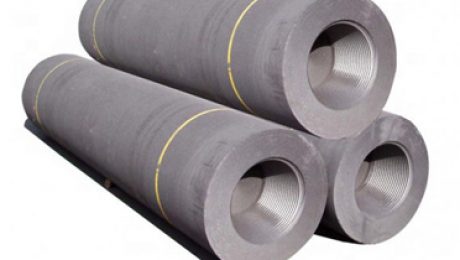 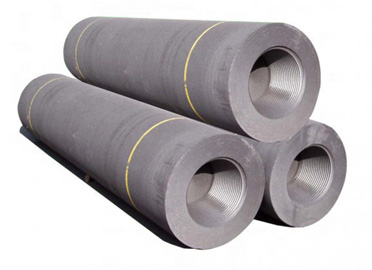 Our company mainly produce Graphite electrode、Graphite Anode and so on,if you have any needs please contact us ! 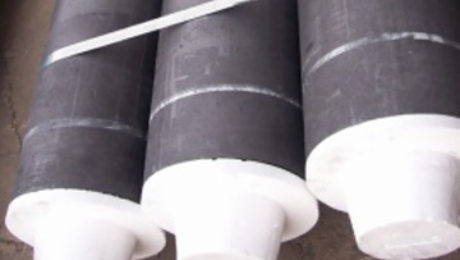 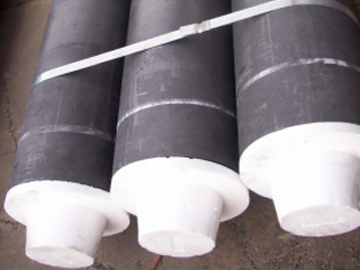 The Introduction Of graphite & carbon electrode

Graphite & carbon electrode is a non-metallic product. As a necessary cutting consumable before welding in the carbon arc gouging cutting process, it is made of carbon and graphite plus appropriate adhesive, through extrusion forming, after being baked at 2200 ℃ and then plated with a layer of copper. It has high temperature resistance, good conductivity, and is not easy to break. It is suitable for cutting metal into the required shape. 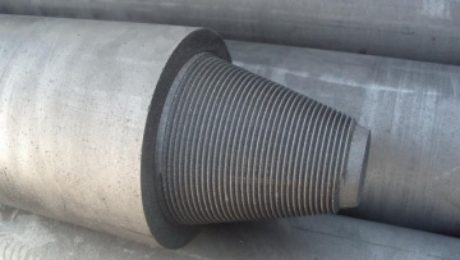 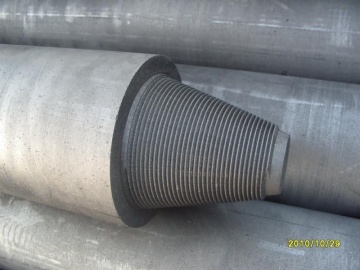 Improvement of process operation and equipment during burning delay Coke of calcining furnace for graphite rod
In the production, the calcination delay Coke of the graphite rod calcination Furnace is put forward, and many measures are proposed to adapt to the calcination delay Coke from both process operation and equipment. The main measures in process operation are:
(1) Low material surface and improve the first layer of the flue temperature. The aim is to make most of the volatiles added to the delayed Coke can be discharged rapidly in a relatively short period of time.
(2) feeding. The amount of each feed not too much (such as the original half an hour to add a material to 15 minutes to add a material), at the same time using continuous discharging mechanism to discharge material, so that the cans often loose material is not easy to form large chunks.
(3) To maintain a high operating negative pressure, and often clean the volatile lead exports and volatile materials, so that volatile can be discharged smoothly.
(4) When the mixture of delayed coke and asphalt coke is used for forging and burning, if the pitch Coke is changed from 50-70 mm to 20 mm, the asphalt Coke and the delayed Coke will be mixed more evenly, and the coking phenomenon can be alleviated.
After adopting the above measures in the process operation, the delayed Coke (such as delayed Coke IV) produced by some refineries has a good effect, but the effect on the delayed Coke V is still unsatisfactory. Delayed Coke v even after the adoption of the above-series measures, in the proportion of mixed coke generally should not be more than 50%, otherwise it is often found in the tank coking and difficult to normal production. In order to further solve the technical problem of the delayed Coke burning in the tank furnace, it is necessary to reconstruct the furnace body structure of the tank furnace properly. 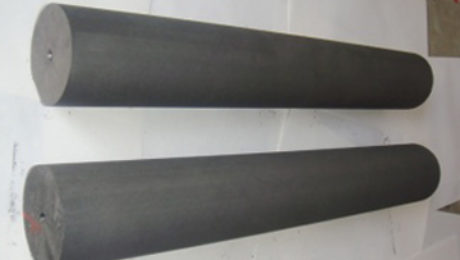 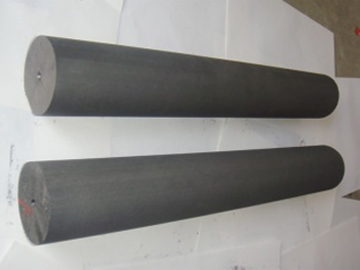 During the operation of the electrolytic cell, the graphite anode is mainly consumed by corrosion in the following forms. Firstly, because the electrolyte contains a large number of hydroxyl ions and a small amount of sulfate and hypochlorite ions as impurities, these ions will discharge on the anode to produce oxygen. The generated primary oxygen oxidizes graphite into carbon dioxide or carbon monoxide, which accounts for more than half of the total erosion of graphite anode. 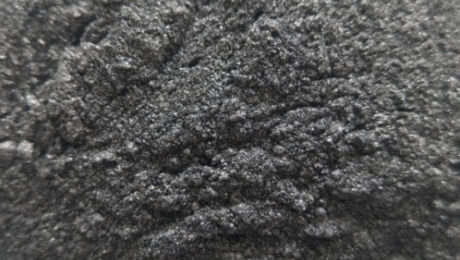 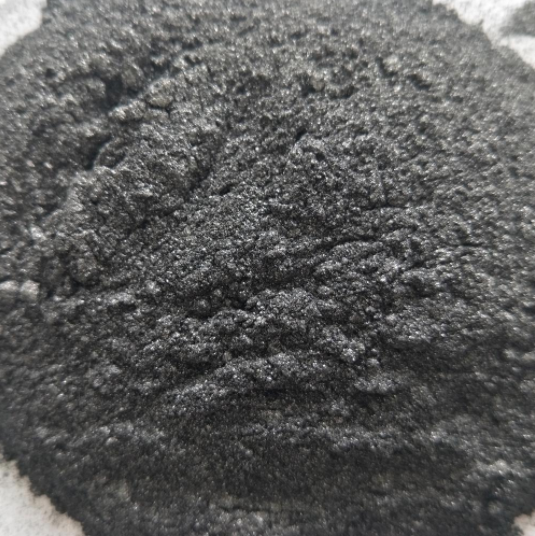 Effect of Calcination on Graphite Rods

1. Ash
Ash increased after calcination. This is because the graphite rods emit a considerable amount of volatile matter during the calcination process, at the same time, there is a small amount of carbon oxidation, and ash in the calcination temperature can not be discharged, so the graphite rods in the forging when the more volatile and oxidation burn loss, the greater the amount of ash increase after the burn. In addition, the raw materials in custody, pre-crushing and burning will also be mixed with some foreign impurities and increased ash.

2. True weighting
The true proportion of all kinds of graphite rods has been improved greatly. In particular, the true gravity of various petroleum cokes, from 1.42-1.61 g/cm 3 before calcination to 2.00-2.12 g/cm 3, increased by about 40%. The increase of the true proportion of graphite rods after calcination is mainly due to the condensation reaction of polymer hydrocarbons at high temperature, and the constant regularity of the basic particle composition of coke. The difficulty degree of graphitization of all kinds of raw materials can be judged by the size of the real proportion after the burn. In general, the higher the true proportion after the same temperature is burned, the more easily graphitization.

3. Volume
All graphite rods shrink in volume after calcination, but the degree of contraction is different. Generally speaking, the volatile material content of raw materials and in the production of more emissions, the greater the degree of contraction _. In the process of forging and burning, the volume variation of Chengjio oil Coke with low temperature is larger. Because the Gio Cheng coke temperature of delayed coking is lower than that of the kettle coking, the content of delayed coke volatile is much larger. For example, the delayed coking of oil Coke V and oil Coke IV, after forging volume contraction reached 25.5% and 28.5%, while the kettle-type coking I and oil Coke II after the volume contraction of only 13% and 14.6%. The Chengjio temperature is close to the calcination temperature of the asphalt coke, and the shrinkage is very small (1.25%) in calcination.

How is graphene produced

Graphene exists in nature, but it is difficult to peel off the single-layer structure. Graphene layer by layer is graphite. Graphite with a thickness of 1mm contains about 3 million layers of graphene. When a pencil scratches gently on the paper, the trace may be several layers or even just one layer of graphene.

In 2004, two scientists, Andre Guy (Andre Geim) and Kostya Novolov (Konstantin Novoselov), from the University of Manchester, UK, separated the graphite sheet from the highly oriented pyrolytic graphite, and then glued the two sides of the sheet to a special tape. They kept doing this, so the sheets became thinner and thinner. Finally, they got a sheet composed of only one layer of carbon atoms, which is graphene. In the following three years, Andre Geim and Konstantin Novoselov found the integer quantum Hall effect and the quantum Hall effect at room temperature in the single-layer and double-layer graphene systems, respectively. Therefore, they won the 2010 Nobel Prize in physics.

The graphite electrodes produced in our country generally use straight-line joints, with less taper joints. The advantage of using cone joint is that it is easy to twist the joint, the joint hole is tapered so the hole wall of the joint hole is thicker, the strength of the hole wall at the impact is larger, the joint hole and the joint are not easy to break (compared with the linear joint), this is the advantage of using tapered However, the processing cone joint ergonomics is low (more than one times lower than the straight-line connector), the material yield is low when processing, and the use of cone joints once shaken loose buckle is easy to drop.
The electrodes for processing the taper joints of graphite electrodes are also made of ordinary lathes. The machining method of the outer circle of the graphite electrode is similar to that of a straight-line joint electrode, in the flat end face and boring, milling thread should be on the lathe on the other side of the mold device, so that the car knife or milling cutter in the direction of the specified diagonal movement, thus processing the cone.
When machining graphite electrode joint, the blank of the outer circle of the car is divided into several sections according to the joint length. The two halves of each section are Cheng Cheng to the cone of the ends (according to the taper specified in the drawing), the same is done by the mould device, and finally, each section is cut, and the thread is milled individually. The end of the joint is fixed on the chuck at the end of the milling thread, and the thread, the flat end face and the end part of the milling ends are milled on the side of the double cone billet.
The semi-finished product of one end thread has been milled on another lathe (removing the chuck instead of the first) and processing the other end in the same way. During processing, the end of the thread is screwed into the tire to protect the thread, and then the same tool is used to mill the other end of the thread and flat end face, milling half buckle, etc.